I love to talk about writing. In fact, once I get going, it's hard to shut me up. So feel free to get in touch.

1. I read somewhere that you live on a boat. Is that true? 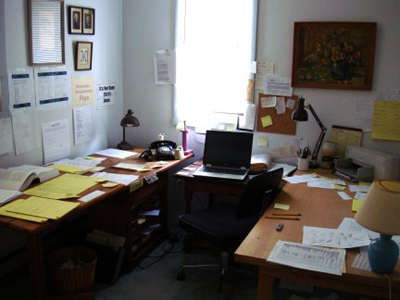 Yes! Well, during the warmer months, anyway. Where we live, that's usually May through October. A boat's a wonderfully peaceful place to do creative work and I get a lot of writing done there; plus it's a great place to wake up in the morning. Think of it as a gently rocking summer cottage. During the cold months, we suck it up and move back to land where we have a couple acres of woods, a barn, a tractor and a garden that I make an enthusiastic and well-intentioned start on each spring—eventually giving up on it because we're never around.

2. How do you get the ideas for your books?

Sometimes, as in the case with Hunter Huntress, it starts with my getting a flash of character—in this case a lone woman jogging along a tree-lined street out in the country. It's fall, and the leaves are falling around her. She's tall, lovely and lithe, something sad and a little haunted in her expression. With that, Jamie Lloyd was born, set free to avenge the death of her two-year-old son three years before the start of the book.

Matinicus started with the location—an island off the coast of Maine by the same name that's totally unique. The very definition of the phrase "life on the edge." My husband and I just sailed into the harbor one stormy afternoon, dropped anchor, and discovered a defiant, ruggedly self-sufficient lobstering community that's virtually closed to outsiders. The island itself? Lush with biodiversity, not to mention a haunted house. I mean really, actually haunted. Perfect setting for a murder mystery. Once I had that, my characters came to call. Even after I'd finished the book and had left the island (metaphorically speaking), I sensed the island wasn't finished with me. In fact much of Ragged Island takes place there.

I caught the first glimmers of the story that would eventually become Reese's Leap while on an annual, all-female retreat on a remote island off the coast of Maine. Take five women itching to raise some hell, put them in a rambling, hundred-year-old lodge with no electricity, phone service or other connection to the outside world, throw in a three-day fog, and the imagination can't help but run a little wild.

3. How long does it take you to write a book?

Each one has been different. Margel's Madness took some 15 years from start to its final published version, mostly because it was so personal and difficult to write. An amalgam of fiction and memoir, it’s what I often refer to as my auto-bio-novel—a semi-autobiographical take on escaping a toxic family situation. So why not write a true memoir? Short answer is I'm not that brave. While writing the book, I kept flashing back to certain incidents which made me feel very out of control. The only way I felt I could continue with it was to surround myself with characters whose actions I could dictate. It was many years before I felt okay with the vulnerability that writing it down brought out in me. Anyone who’s grown up suffering ongoing and insidious emotional terrorism by a parent can tell you the scars last a lifetime, affecting every aspect of one’s existence. Still, the endless writing and rewriting have exorcised many of the demons, and for that I’m grateful.

Hunter Huntress (Snowbooks, 2010), the second book I wrote, though the first to be published, took four years. A lot of research in that one, plus it was originally drafted in past tense—something I eventually realized put too much emotional distance between the reader and the immediacy I was trying for in the story. So I rewrote the whole thing in present tense. Problem solved. I learned a lot about craft with that one.

Matinicus, the first in my Island Mystery Series (Maine Authors Publishing, 2012), took two years to complete which was a surprise considering it's actually a century-spanning double mystery with a secondary, historical plot line that required a lot of research. This was my first time writing from a male point of view and it was a hoot! A challenge, certainly, but hardly as difficult as I thought it would be. I also made the leap to first person with this one—another real eye-opener for me, craft-wise.

Three years after that, I finished Reese's Leap (Maine Authors Publishing, 2013), the second Island Mystery featuring the same male protagonist—one who's also featured in my newest release, Ragged Island. The series was originally conceived as a trilogy, but I found myself writing an ambiguous ending that leaves the door open for another installment, so who knows?

4. Did it take you a long time to get published?

Sure felt like it, and there were times I was really frustrated, but I've heard stories of far longer waits than mine. Robert Persig's classic, Zen and the Art of Motorcycle Maintenance, was rejected by 121 houses prior to publication. By comparison, Hunter Huntress was turned down by a paltry 35 before Snowbooks picked it up. I did have an agent for a while, which is how everyone tells you to go, but after five years and no takers I decided to go it alone. Amazingly, that's when I found Snowbooks. So there you go. Then again, there's Karl Marlantes, whose debut novel Matterhorn was stuck in literary purgatory for more than thirty years before he found a publisher willing to take it on. He simply refused to give up. And that's the key, really. You need to have the attitude that "every no gets you closer to yes."

This is both a very scary and tremendously exciting time to be publishing. Scary because the industry is in such turmoil right now. Publishers are less likely than ever to take a chance on new, unproven authors—especially authors of fiction. A chance at a debut is hard to come by. At the same time, all the new e-book options are working to broaden readership as well as authors' accessibility to the market. In the end, that's what it's all about.